And can help you get started 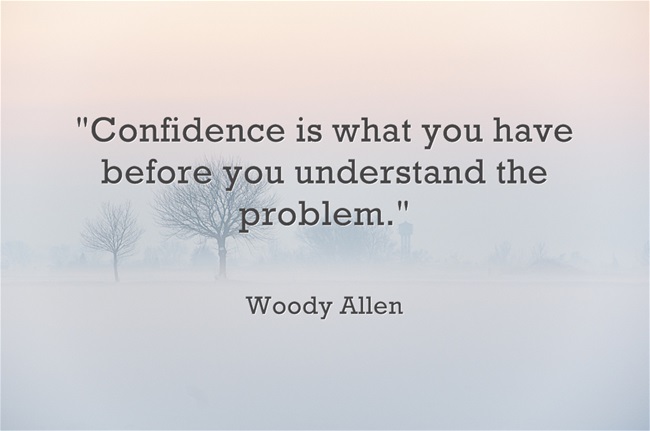 What do you do if you don’t know something? Something that you need to, or want to know…

Do you go off and find out everything you can, and then some, and then realise you’ll never know enough and give up? Or do you just jump in and see how it goes?

It’s always interesting to see the different approaches people take when I’m running writing workshops. Many admit to having been put off writing at school: memories of much-dreaded exams, being told that writing was something they weren’t good at (and that that could never change), the boredom they endured doing “school-type” writing…and so on.

Feel the fear and do it anyway?

The first hurdle that needs to be cleared is recognising that without just going for it, taking a chance, you’re going to remain stuck.

And you can deal with, and take advantage of a lack of knowledge.

To turn the Woody Allen quote on its head, take: “confidence is what you have before you understand the problem,” to mean, “you only have a limited window of opportunity to get started and get on.”

Procrastination because of a never-ending quest for information-gathering and the feeling that “you’re-almost-but-not-quite” ready, causes inertia that gets nothing done.

Up to last year, my experience of gardening was very limited. I’d just moved into a new house with something optimistically described as a courtyard garden. In reality the “garden” had a look of Soviet-era concrete-city desolation.

But the bare beds, rapidly filling up with weeds spoke to me. Knowing we’d be spending much of the summer holiday at home I knew I had to get over my gardening phobia. So, for the price of a few plants, some seeds, earth and time, I fashioned a garden. Things got put in the ground and grew. I got advice when I needed – online and from a fab local nursery (thank you Lavender’s Blue!) – and I got on with it. There were bad days – drought, deluge and pestilence – but soon I found I’d created a haven for bees, butterflies and my family.

The best bit was that I’d actually done it. It’s not going to be entered for the National Gardens Scheme anytime soon – but it’s there – a testament to not knowing too much, trial and error, and a trait called patience I’d long coveted. 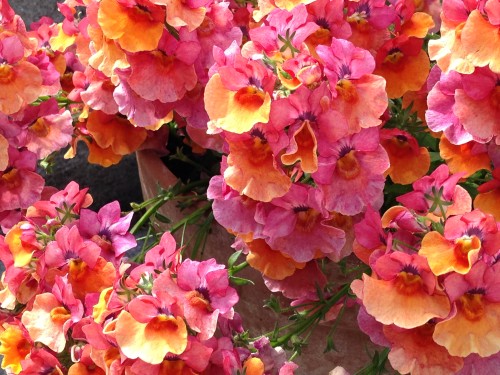 Yes, we’re daily surrounded by the idea that perfection is the only goal and making mistakes is bad, but for most of us, recognising when we know enough to have a go, should be a good enough starting point.

In my writing sessions I encourage people to make sure, in all their communication, that the very essence of their personality always shines through. Alongside that, we tackle the nuts and bolts – grammar, punctuation, spelling – the things that can be taught or refined.

Because to be excellent you don’t have to be perfect.