Putting context in its place in marketing comms 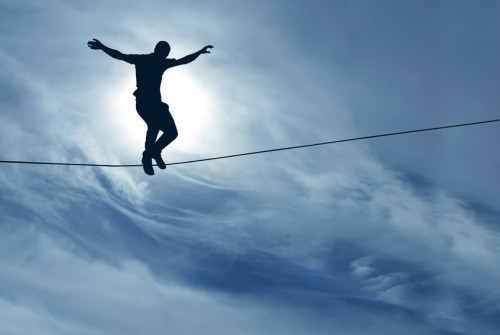 How important is context? After all, communication, by its very nature, doesn’t happen in a vacuum.

But how much does, and should, the where and to whom, influence the how and what you say?

Should you just grant yourself the freedom and power of speaking your truth regardless and concentrate solely on being true to yourself?

Context is the circumstances that form the setting for an event, statement or idea and the terms from which it can be understood.

Culture feeds into and colours context but it’s just one part of a contextual framework that includes everything from economic, geographic and historic to meteorological, political and social factors.

Everyone’s talking about the weather

When my parents emigrated to the UK from Poland they were perplexed by how everyone talked about the weather.

The weather – capricious, changeable, four-seasons-in-one-day – mattered in London. It created a backdrop to the everyday and to every social interaction, a backdrop that was very different to the more predictable, ordered seasons of continental Europe and one that afforded strangers the opportunity to strike up conversations.

For me this was a useful early lesson – the realisation that a sense of belonging is derived from so much more than knowing your way around the language.

In the same way, getting your business message heard and acted upon is about so much more than a comprehensive presentation of the facts.

Even if you’re able to keep your words as pure and true to yourself as you can, context – from the channel or platform you use (eg whether it’s a tweet or a sales letter, Facebook or LinkedIn), the time at which you send it, the business sector you operate in, your position in the marketplace, that day’s news events – inevitably finds its way into how your message is received.

Sometimes you’ll read or hear something that grates – there’s a sense of discomfort, something lost between words and tone, language and audience, message and intention.

It’s a discord that can be likened to the arresting effect of the long-running Haribo ad where adults enthusing about gummy sweets are voiced by children in childish language. As a means of conveying inter-generationally shared wonder and enthusiasm for the confectionary brand, the unexpected jolt of this deliberately dissonant approach is a useful reminder that context matters.

When you’re writing for your business, framing your messages with a thorough understanding of the context in which they’ll be received by your audience, makes them more effective.

You gain a clear understanding of it through being fully versed in who you’re writing for, what you’re writing about, why you want or need to get your message across, the marketplace you operate in, your position within it (including competitor activity) and the broader social landscape.

Paying attention to context means you make it easier on yourself. Your words feed into pre-existing, generally understood expectations.

Think of party invitations. They convey the occasion, the date, time and place, and they also put the event into context with the helpful orientation of say, “black-tie.” Even the less helpful “smart casual” offers something to go on.

But there’s much to be said also for channelling the spirit of a quote often attributed to Picasso:

Author, speaker and management consultant, Simon Sinek posits a somewhat contrarian view to the idea of fitting in. He thinks authenticity rules. Choosing authenticity – the idea of being sure of who you are and why you’re in business – should take precedence.

But I don’t think Sinek’s saying you shouldn’t bother trying to understand the context you operate in. It’s the idea behind that Picasso quote again:

Know what you’re dealing with so you’re better equipped to do it your own way.

In a world where the pace of change – technological, political, economic – is accelerating, having a grip on context and trying to understand an issue from more than one perspective, has never been more important.

For example, how does the West deal with the challenge of a revanchist Russia under Putin?

Central and Eastern European expert, Chris Donnelly believes the crucial point is that the West has lost interest in attempting to understand Russia and Putin. Unlike many of today’s Western rulers, Putin didn’t come of age in a peacetime environment under a rules-based system.

Putin’s heritage is the dog-eat-dog Moscow of the 1990s. He’s a wartime leader with a ‘state of emergency’ strategist’s mindset. Diplomatic niceties and tactical responses simply don’t wash with him. As President, Putin is also uniquely positioned to perpetuate the context that suits him best. His military excursions alarm the West but reflect his leadership style and boost his domestic popularity.

This idea of creating new contexts for themselves is something that all post-Communist Eastern bloc states have had to do too – to find a new identity when for so long virtue had lain in opposition to the Soviet Union.

Context may not quite be “everything” but it does matter. It’s a tightrope walk – reconciling the essence of what you want to say with an understanding of the circumstances and settings your messages may find themselves in.

Context is the connective tissue that binds words, voice, tone and means of communication together, and contributes its own meaning to the mix.

“Once a poem is made available to the public the right of interpretation belongs to the reader.”

This post was originally published in October 2016 and has been updated.