And What We Can Do About It 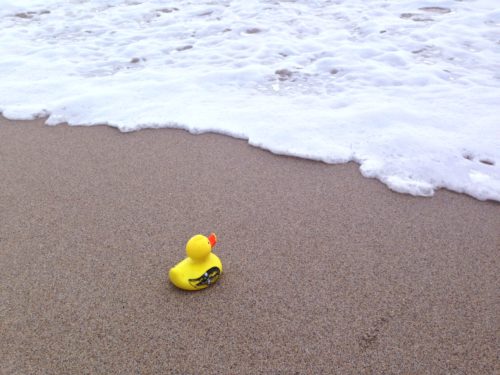 There was a point, watching “Three Billboards Outside Ebbing, Missouri,” when I literally hugged myself – friends had recommended it, the critics had raved about it, Frances McDormand was being wonderful in it and the storytelling was both initimate and epic. I was loving it.

And then, about a third of the way through, while being moved to tears by a shocking turn of events, Three Billboards lost my love. I carried on watching it because I was there and I’d already paid to see it but that sense of involvement, of not checking the time to see how far along we were, of being lost in the story, evaporated.

Poignancy got over-played. All the emotional buttons had been pressed, the dial on moving the audience to tears was set to high and then cranked up some more. And what could have, and should have stayed tragic, slid into the banal. Loss driven home and topped off with the lingering shot of a child’s toy abandoned at the water’s edge.

Don’t get me wrong, I enjoy a film all the more if it makes me feel emotional. And I’m easily moved, so much so, that sometimes, it’s just the fact of being with others, be it in a theatre, cinema or concert space, sharing the experience of watching a play or film or hearing music performed, that finds me holding back tears.

But I don’t like to feel I’m being manipulated.

Distracted by its own brilliance

And Three Billboards suddenly felt like it was just doing that. Too prescriptive, it felt like I was being played by a master puppeteer – a rough landing in Huxley’s “Brave New World” of feelies – where films aren’t just experienced visually and aurally but also through touch. A world where nothing is left to the imagination (that could be dangerous), and where audiences are led to experience strictly prescribed feelings.

So, for me, Three Billboards lost its footing when the wide range of issues it introduced and the emotions it sought to elicit, took over from the story it was telling.

It felt like those making the film, in realising that it could be a masterpiece, didn’t just continue driving the narrative forward but got distracted by their own brilliance. Checking in with their egos, they were stoked by what they saw in a “Hey, this is really good, this has potential – maybe those three billboards can say oscar, Oscar, OSCAR,” sort of way.

Losing focus on what matters

There’s a thin line between resonance and manipulation.

And it’s all too easy to lose focus on the thing that really matters. In Three Billboards’ case, the narrative; in the case of copywriting, selling.

So what danger signs should you look out for and how can you mitigate the problem in your marketing comms?

I say, by getting over yourself, by thoroughly stress-testing and scrutinising your intentions, and “killing your darlings.”

Of course it feels wonderful when you come up with something that neatly and cleverly solves a problem in your copy. But those ‘genius’ moments should, rather than spawning pure self-congratulation, prompt you to pay close attention to your potentially award-winning phrase.

Stress-test and scrutinise, make sure that the words, and the ideas behind them, really earn their place in the copy. That they help get the job done for your client and their audience, and aren’t just about you showing how clever and creative you are.

Over the years, I’ve had to learn to “kill my darlings” – a phrase variously attributed to William Faulkener, Stephen King and others – i.e. become ruthless in my editing. Because in copywriting it’s not about me, it’s about my client and their audience.

Stick to getting the job done

Similarly, when you’re telling a story, stick to doing just that and don’t feel the need to jump on bandwagons, tick boxes or preach. Confident copy and believable storytelling respects the idea that the right of interpretation belongs to the audience.

It’s a concept that’s not a million miles away from the salesman’s cliché of people hating being sold to but loving to buy.

So, I didn’t hate Three Billboards but I was disappointed because I’d wanted to love it.

I’d wanted to love it precisely because it had started out with such promise and because Frances McDormand remained a one-woman tour de force throughout.

But, for me, too much heavy-handed manipulation and eventually dissonance crept in. Rooted firmly in reality at the start it then veered into fantasy where characters’ actions (including arson and defenestration) were without consequence. And most of the serious issues it purportedly covered and is celebrated for, never really got examined and yet it seemed that their very mention threw a halo, an exclusion zone around the film, making any criticism levelled at it problematic.

What I did cherish though, was the winning spirit of Mildred Hayes’ (Frances McDormand’s) character.

In the words of American writer and civil rights campaigner, Audre Lorde: “your silence does not protect you…[and] that visibility which makes us most vulnerable is that which also is the source of our greatest strength.”