When Transparency Isn’t The Full Ticket 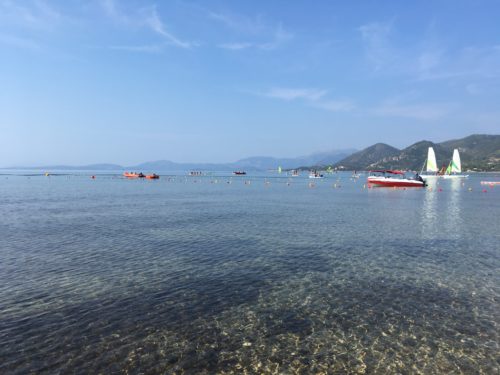 I wrote this sitting on a train, heading home from a rather wonderful holiday. My time away was however, bookended by a couple of troublesome journeys.

Of course things go wrong, delays happen – it’s inevitable and not unexpected – but what made the experience of delay and difficulty all the worse was the fact that those in customer service roles were working on the premise that transparency and unflinching, ‘let it all hang out’ honesty was 100% a good thing.

The outward leg of my journey included a delay at Reading because of the discovery of, and then minute-by-minute commentary on, there being “under-age girls on the train.” Time spent waiting on the runway at Heathrow and repeatedly missing our take off slots was explained as being down to our aircraft suffering repeated computer failure. And a two-hour delay out of Paddington was attributed to a host of different reasons depending on which member of staff you spoke to. Explanations ranged from the driver being stuck in traffic to the crew eating their lunch.

The final leg of the train journey was marred by a go-slow. Forget leaves on the line or the wrong kind of rain – nowadays we have to deal with the shock of there being other trains on the line.

But I guess all was good because at least those making the announcements were being honest.

Don’t fall for the buzzword

Being transparent and relentlessly (insert buzzword) “authentic,” “open” or “vulnerable” is automatically regarded as a positive. So why did I, and my fellow passengers, feel frustrated and annoyed rather than taken care of?

Why did all this transparency engender a blitz spirit of “us vs them,” and not have the desired customer care effect?

Because transparency applied with a blanket no filter is neither helpful nor appropriate.

It was far from informative or reassuring to be treated to the creaky workings out of train managers’ or pilot’s stream of consciousness, or hear, at length, about how they personally felt about the difficulties we were experiencing.

The long delay and police drama promised by the “under-age girls” never materialised – a simple, “we shall be leaving shortly” would have sufficed. The aircraft computer failure was, on the last and successful reboot, expanded upon as being nothing to do with safety, just cabin lights (huge sighs of relief all round) and offering us passengers alternative services rather than being given blow-by-blow accounts of staff lunch arrangements would have worked better out of Paddington.

Transparency as a value (and buzzword) is all too often jumped on with little thought as to who it’s actually serving. For it to have any meaning or value it should be oriented, via words and actions, towards the people you serve and are accountable to.

You Had One Job

The definition of the word, “transparency” is that there’s no hidden agenda or conditions, accompanied by making all the information that’s required, available as necessary.

That “as necessary” is pretty important. On my delayed journeys it seemed that the transport companies concerned forgot their core purpose – their “You Had One Job.” For my money, appearing capable should feature somewhere near the top of their agenda.

Transparency when it’s deployed appropriately is a powerful means of building trust with customers. But trust isn’t what happens when passengers end up feeling hopeless and helpless because those driving that train or flying that plane overshare and position themselves as being similarly lost and uncertain, subject to the whims of circumstance.

The sort of transparency where the train manager takes you through all his workings out, pontificating on what it may be theoretically possible to achieve (i.e. hold connecting services) is both irrelevant and annoying.

Drifting into the absurd, it’s a case of too many words, too little substance. Indiscriminately applied, transparency is but a blunt instrument that serves no one.

As for me, by the end of the day, never had Frank’s words resonated more, “It’s very nice to go trav’ling…But it’s so much nicer…to come home.”